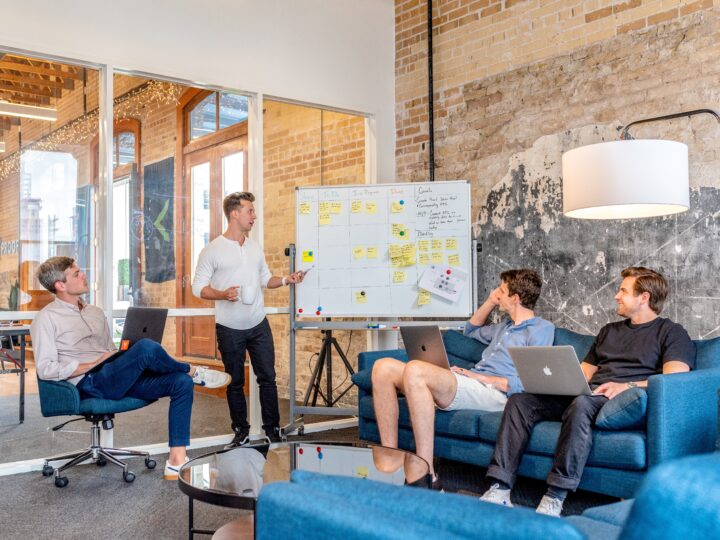 The intrapreneur is the professional who works within the company, but with the entrepreneurial mindset.

What does this mean? Simply that intrapreneurs are constantly goal-oriented and not only while fulfilling their tasks. He/she is a highly motivated person, capable of being proactive, generating innovative ideas and projects and making them available to the company he works for, even to the point of developing a startup project internally. An intrapreneur is a person who applies “learning by doing,” able to react positively to new challenges, proposing solutions and engaging in their implementation, without being afraid of failure. Indeed, among his main super powers is also the ability to treasure the mistake and start over quickly by taking it into account. Basically, this is the “lean startup” method applied to business processes.

Why has the phenomenon picked up in recent years? Certainly because of that pressing need to innovate that all companies experience, which has resulted in them realizing that only by opening up more to the outside world, for example through open innovation, and to the inner one, that is, to their employees, with different forms of organization and work processes (capable of unleashing the potential of every person employed in the company, could they evolve and grow at the speed imposed by digitalization.

But there is also another element, fundamental: the arrival in the world of work of Millennials. Who are looking at work in a different way, are restless and want to make a real impact with their careers. Many are turning to startups, i.e., entrepreneurship, to do this; others, they think they can do it from the workplace where they already work, where the funding and infrastructure are already in place.

The ranks of intrapreneurs have grown so strong, at least in some areas of the world such as the U.S. and Canada, that they have become a movement: the League of Intrapreneurs, a global community that aims to be a space for sharing experiences and resources, strengthening the culture, spreading the seed, based on the belief that intrapreneurs are key to transforming “inside out” companies and ferrying them to a new economy.

Nowadays, one of the most popular forms of intrapreneurship is, if you will, the most extreme one; for many companies it has become very attractive to allow and support the growth of startups inside the company, set up by the employees themselves.

A specific category of intrapreneur that is emerging is that of the social intrapreneur, who add to all those characteristics such as focus on goals, strong motivation and planning, that of wanting to achieve goals aiming also at a positive social impact and they want to do it together with the company they work for, since the company’s involvement is part of the positive impact.

This project has been funded with support from the European Commission. This publication reflects the views only of the author, and the Commission cannot be held responsible for any use that might be made of the information contained therein. 2020-1-UK01-KA202-079094

We use cookies on our website to give you the most relevant experience by remembering your preferences and repeat visits. By clicking “Accept”, you consent to the use of ALL the cookies.
Do not sell my personal information.
Cookie SettingsAccept
Manage consent

This website uses cookies to improve your experience while you navigate through the website. Out of these, the cookies that are categorized as necessary are stored on your browser as they are essential for the working of basic functionalities of the website. We also use third-party cookies that help us analyze and understand how you use this website. These cookies will be stored in your browser only with your consent. You also have the option to opt-out of these cookies. But opting out of some of these cookies may affect your browsing experience.
Necessary Always Enabled
Necessary cookies are absolutely essential for the website to function properly. These cookies ensure basic functionalities and security features of the website, anonymously.
Functional
Functional cookies help to perform certain functionalities like sharing the content of the website on social media platforms, collect feedbacks, and other third-party features.
Performance
Performance cookies are used to understand and analyze the key performance indexes of the website which helps in delivering a better user experience for the visitors.
Analytics
Analytical cookies are used to understand how visitors interact with the website. These cookies help provide information on metrics the number of visitors, bounce rate, traffic source, etc.
Advertisement
Advertisement cookies are used to provide visitors with relevant ads and marketing campaigns. These cookies track visitors across websites and collect information to provide customized ads.
Others
Other uncategorized cookies are those that are being analyzed and have not been classified into a category as yet.
SAVE & ACCEPT